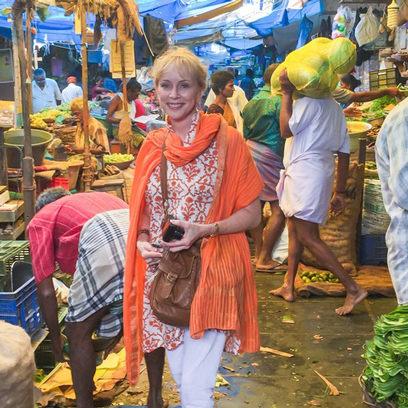 Victoria Lautman has been a print and broadcast journalist for over twenty-five years, specializing in arts and culture. She’s hosted long-running radio programs in Chicago, reported on the arts for several television outlets, written for dozens of publications, and lectured internationally on India-related topics. After receiving an M.A. in art history, she worked at the Smithsonian Institution’s Hirshhorn Museum and Sculpture Garden before pursuing a career in journalism. Her first visit to India in 1985 led to many subsequent trips and ultimately an obsession with the country’s vanishing stepwells.